Over the past decade, being a content creator has evolved from a side hobby to a viable career path.

While many content creators have made a successful pivot into entrepreneurship, creator Tabitha Brown has taken things to a whole new level effectively building a lifestyle empire from social media videos.

Brown first gained momentum online in 2017 when she posted a viral video on Facebook raving about the TTLA sandwich from Whole Foods, eventually becoming a brand ambassador for the grocery chain.

In 2020, she created a TikTok account sharing vegan cooking videos and inspirational pep talks, and her content took off. With over 9 million followers and counting across Instagram and TikTok, she now has a variety of offerings including:

…and she isn’t stopping there.

Earlier this week, her collection at Target expanded to include plant-based grocery items and quickly sold out in several stores and online. Her haircare brand recently launched a new line and is now available in Ulta stores, and she has a third book coming in March 2023.

How did she do all of this in five years? There are a few key factors that have helped Brown dominate so many avenues.

Brown has stayed consistent in creating content related to the plant-based lifestyle niche. Even as her platform grows, she maintains a sense of familiarity. Users know when they see a new post from her they will likely see plant-based food ideas, an uplifting talk, or both.

She’s authentically herself. Much of her draw is attributed to her warm personality which shines through in every piece of content she creates, and can’t be imitated.

Brown leans into unique lingo which creates a sense of closeness with her audience and she’s created products that directly relate to these unique terms. For example, she’s referred to her hair as “Donna” for years, so her haircare line “Donna’s Recipe” makes sense for her brand.

She also frequently uses her favorite spatula named “Sheena” in her cooking videos, so adding a spatula called “Sheena’s Cousin” to her Target line creates a tangible connection to members of her audience who want to cook like her.

Timing has also played a role in Brown’s success.

Though she’d been creating content for years, her TikTok account started taking off in March 2020 when many people were consuming more content than ever before due to the onset of the pandemic. With so much uncertainty about what was to come, viewers were drawn to Brown’s positive outlook and comforting demeanor.

Brown created a foundation of trust with her audience and continued growing her influence through a series of aligned offerings and partnerships that invite users to participate in her lifestyle alongside her.

Meta will be sunsetting the Creator Studio platform.

How TikTok’s Anti-Aesthetic has shifted how we view social media content and the world beyond it.

The HubSpot Blog Team is sharing 23 blogging mistakes to avoid in 2023.

Want to get more likes on Instagram? Check out these tips.

These are the top trends expected to dominate social media in 2023.

Here’s what to do if you’re impacted by an unexpected layoff. 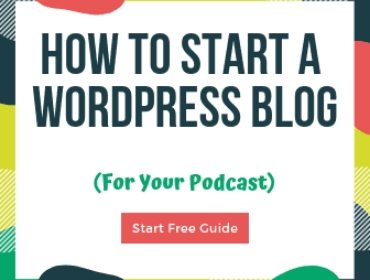